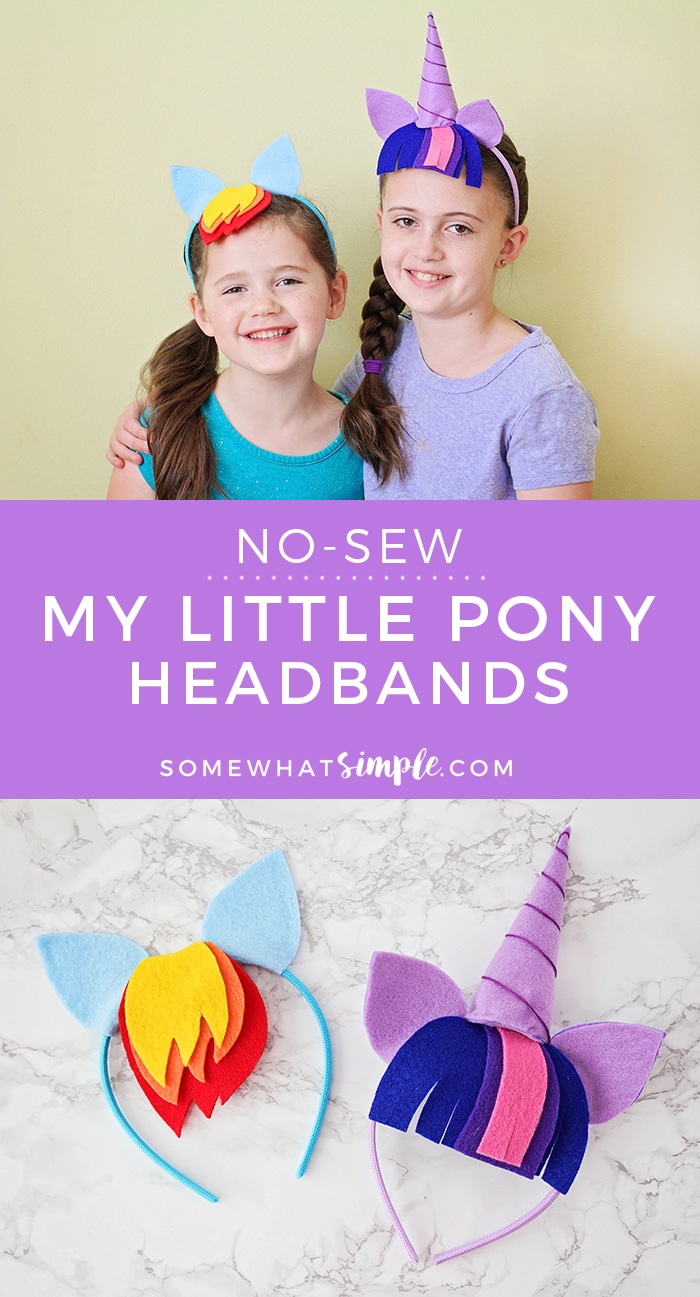 This My Little Pony Headbands post is in partnership with Lionsgate and the new My Little Pony: The Movie. All opinions are my own.

These no-sew My Little Pony headbands are so adorable and so easy to make! They’re perfect for all the pony lovers in your life! 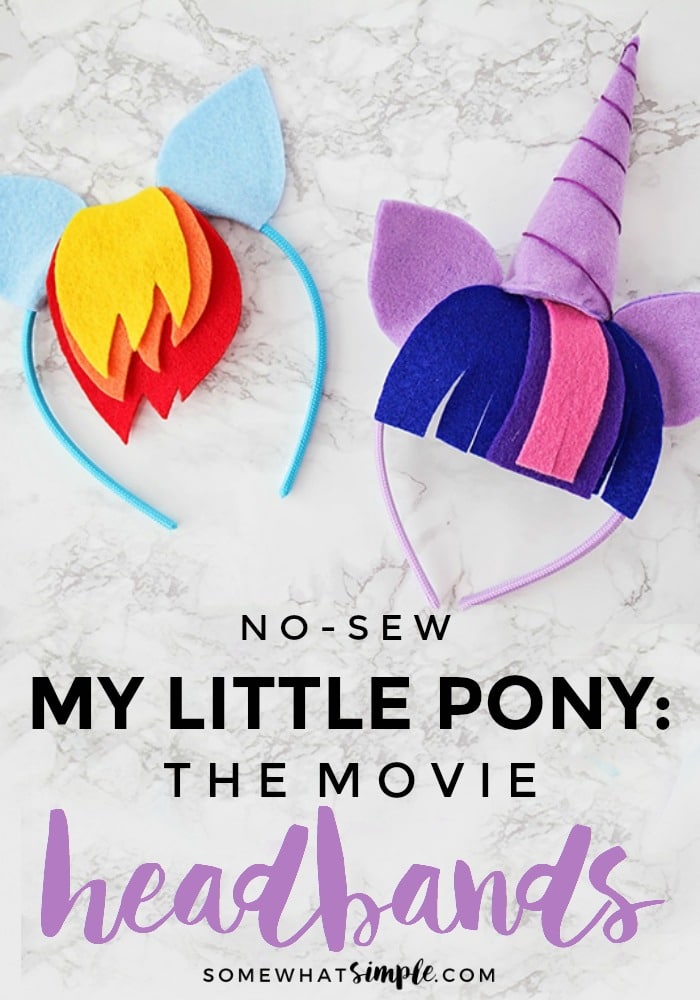 If my kids had to pick a favorite TV show, it has to be My Little Pony! We’ve been loyal fans since the first season, and both of my girls love watching all the adventures of Twilight Sparkle her friends, in Ponyville and beyond. I love that not only is the show entertaining, but it also focuses on positive values like kindness, loyalty, honesty, and generosity. No matter the challenge, friendship will always save the day! When my girls heard about My Little Pony: The Movie, they were thrilled. They have talked about nothing else for months now, and I am so excited that the movie is coming to theaters so soon. It’s the movie event of pony proportions!

On October 6, friendship is magic! Watch the trailer for My Little Pony: The Movie & join the littlest ponies on a BIG screen adventure.

A dark force threatens Ponyville, and the Mane 6 – Twilight Sparkle, Applejack, Rainbow Dash, Pinkie Pie, Fluttershy, and Rarity – embark on an unforgettable journey beyond Equestria where they meet new friends and exciting challenges on a quest to use the magic of friendship to save their home. The film has an all-star voice cast including Emily Blunt, Kristin Chenoweth, Liev Schreiber, Michael Peña, Sia, Taye Diggs, Uzo Aduba and Zoe Saldana. The movie features original music and songs performed by Sia, Diggs, Saldana, Chenoweth and Blunt.

My girls were so excited to make a fun craft together in anticipation of the movie premiere! We put our heads together, and came up with these adorable My Little Pony headbands, inspired by the new movie. Each of my girls chose to make a headband representing her favorite character, and I helped with the hot glue to ensure that there were no burnt fingers. The pony headbands turned out so cute, and they were easy to make, too! 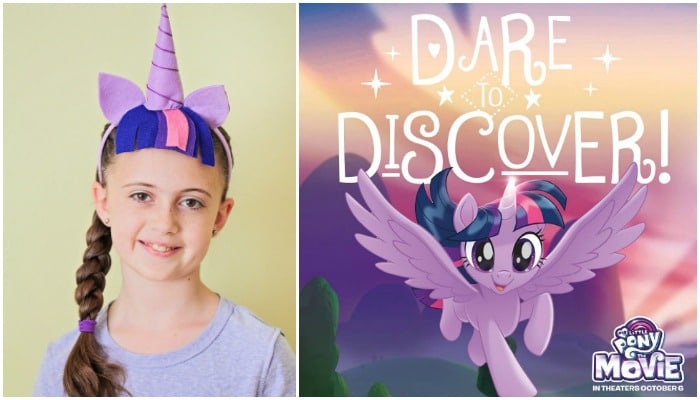 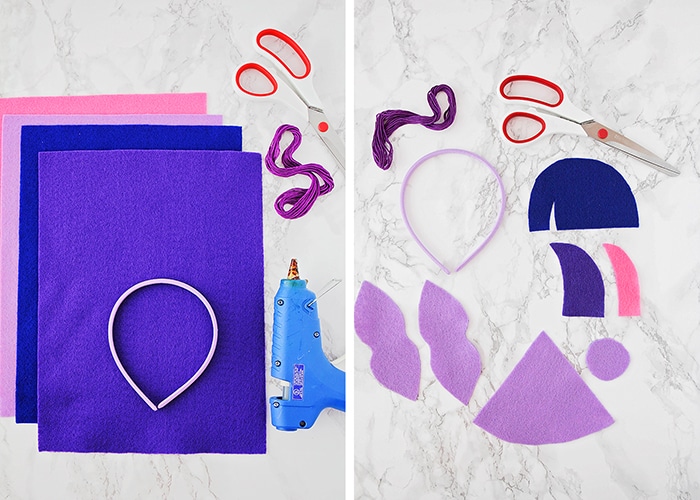 The trickiest part of making this headband is definitely the horn, so I added a few pictures of the process below to help. Put a line of hot glue on one side of the cone, then fold over the other side to make a cone shape. Hold it in place for a minute to help it stay together. 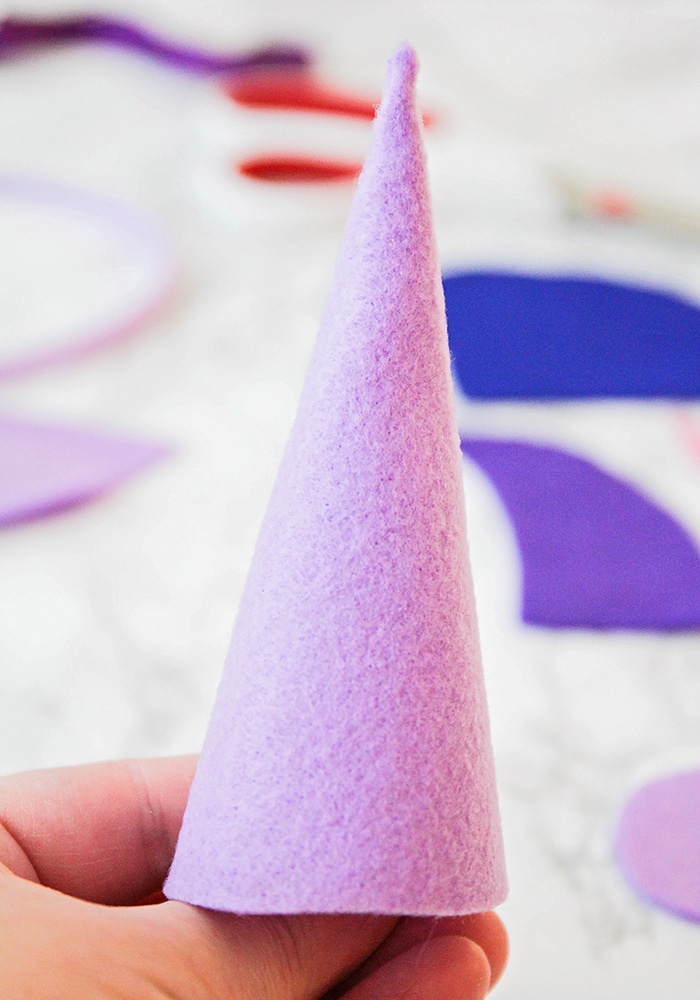 I would ordinarily have filled it with Fiberfill stuffing, but I didn’t have any on hand, so cotton balls worked nicely instead. I pulled them apart to form a pile of fluff, then filled the cone with it. After you stuff the horn, you’ll glue it to the felt base. I also added a fun little detail with embroidery thread. I glued mine on, but you could easily sew it on if you prefer. 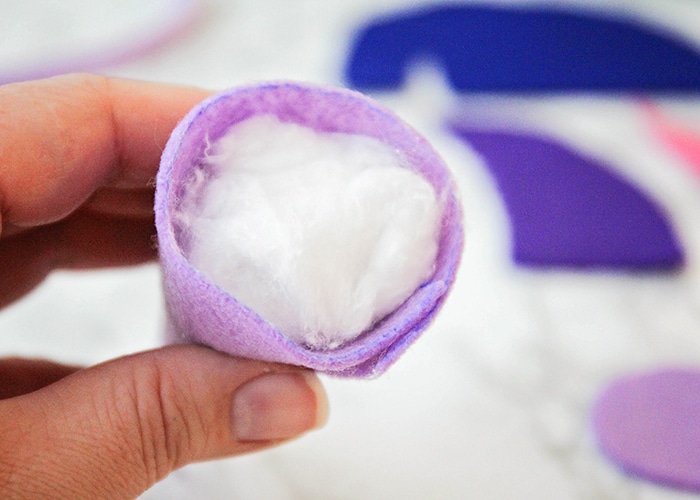 My younger daughter loves Rainbow Dash, and just like Rainbow Dash, she is energetic and spunky, but also loyal and true to those she loves. This headband was the perfect fit for her! 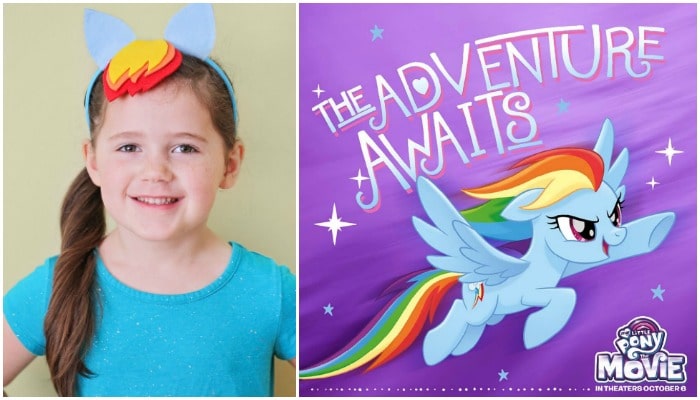 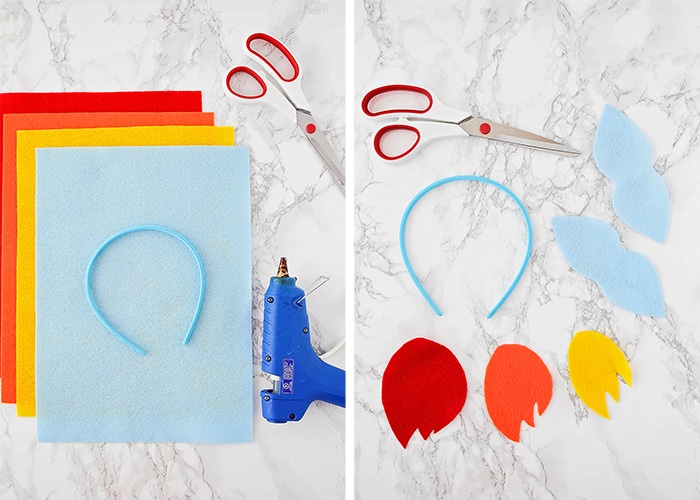 My girls can’t wait to wear their pony headbands when we go see the movie next week! They turned out fantastic, and they have had so much fun dressing up as their favorite characters and acting out scenes from the show. My six year old hasn’t taken hers off since we made them, and has been demanding to sleep in it, so I think they were a success! 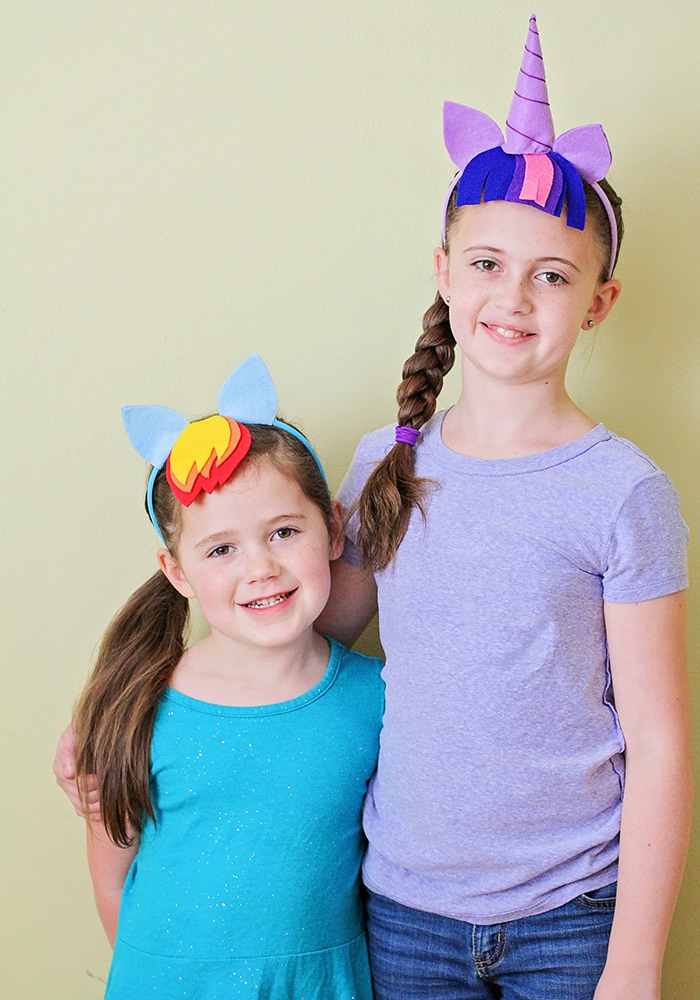 These pony headbands are perfect for the My Little Pony fan in your life. In addition to wearing them to the movie premiere, they are also fun to use as a dress-up, and they’d be a great start for a Halloween costume! 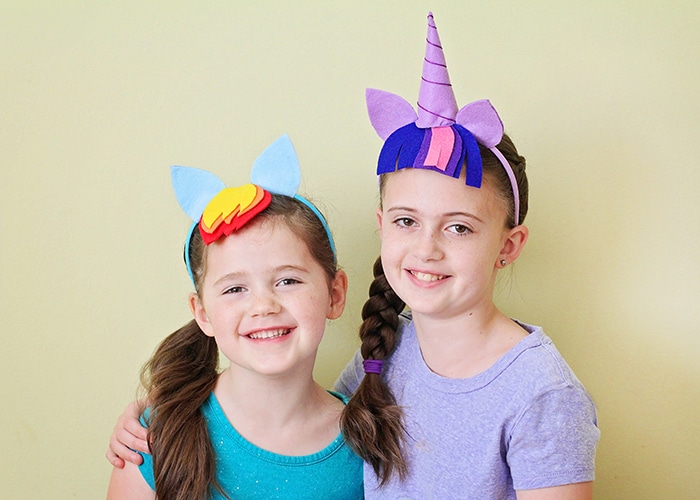 Be sure to visit all the MY LITTLE PONY: THE MOVIE websites, and enjoy the movie! 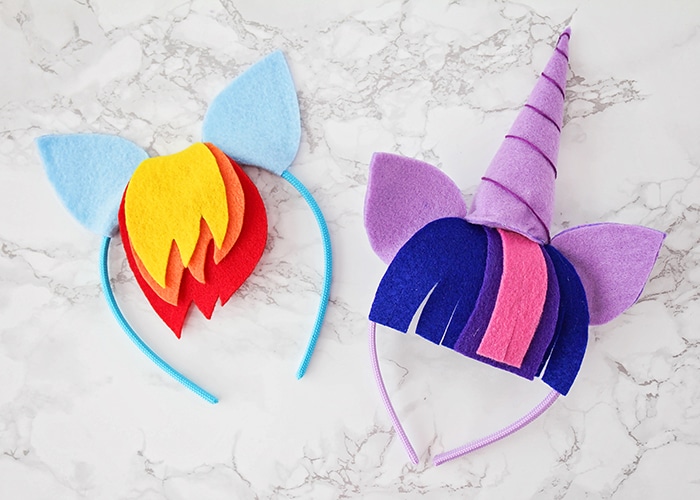