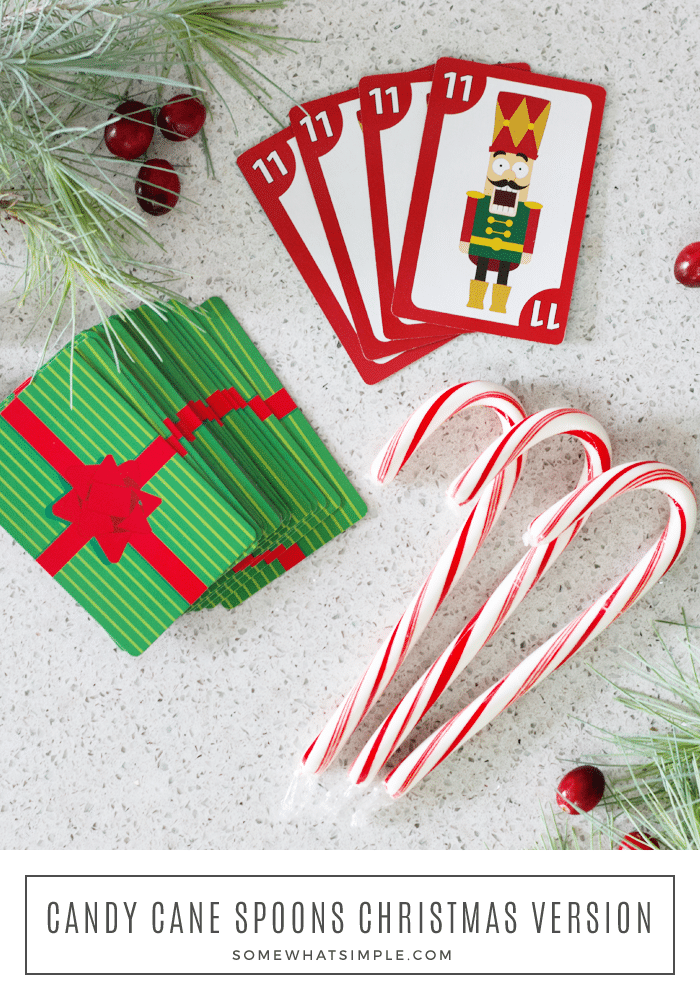 This Candy Cane Spoons Game is a festive twist on a classic card game. It’s a great activity for large groups or small gatherings – and it’s super easy to learn, which makes it fun for all ages! Grab your kids – it’s time to teach them how to play spoons!

We LOVE playing games as a family, and this Candy Cane Spoons Game ranks right up there with Roll a Snowman, as one of our favorite games for the whole family! 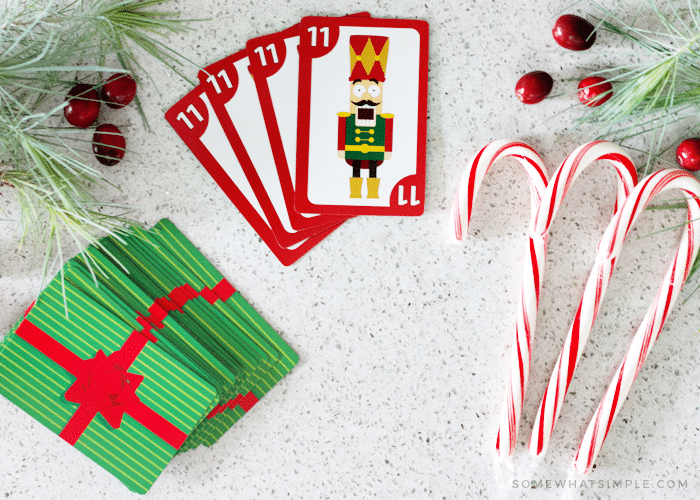 I’ve been getting so sick of all the video games my kids are playing around here. (Fortnite anyone?!) So, in an effort to encourage more quality family time and less time playing video games, I implemented a fun rule in our home. (Insert my kids rolling eyes here.) For every hour of video games they play, they owe me an hour of board or card games. (Genius, right?!)

We’ve been playing Dominos, UNO, Pictionary and more! Last month I taught them how to play Spoons, and they absolutely LOVE it! I have 5 kids that range from 5 – 15 years, and this is one we can all play together. For the holidays, I thought it would be fun to play with candy canes and a festive deck of cards – and it was seriously SO MUCH FUN! If you’ve never played Spoons before, grab a deck of cards and get ready for some fun!

How To Play Spoons

Spoons is a fun party game you can play with a small group or large gathering. The object of the game is to pass cards in your hand one at a time while trying to collect four-of-a-kind. Once someone collects 4 of a kind, they grab a spoon from the center of the table, which prompts every other player to grab one too.

The catch: There is one less spoon than there are players, and the person left without a spoon loses! You can play elimination style and have each loser sit out as soon as they lose, or you can give out letters each time someone is without a spoon and once a player spells “S-P-O-O-N-S”, they’re out! The last player standing wins!

Materials Needed For The Game of Spoons

* If you have a large group of players, you will want to play with multiple decks of cards. 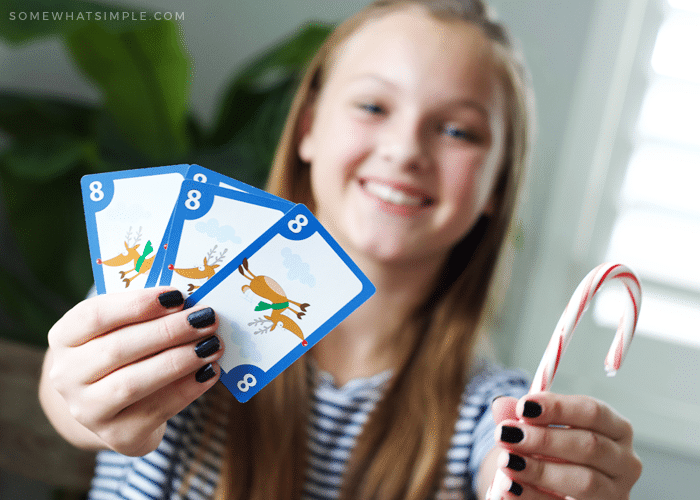 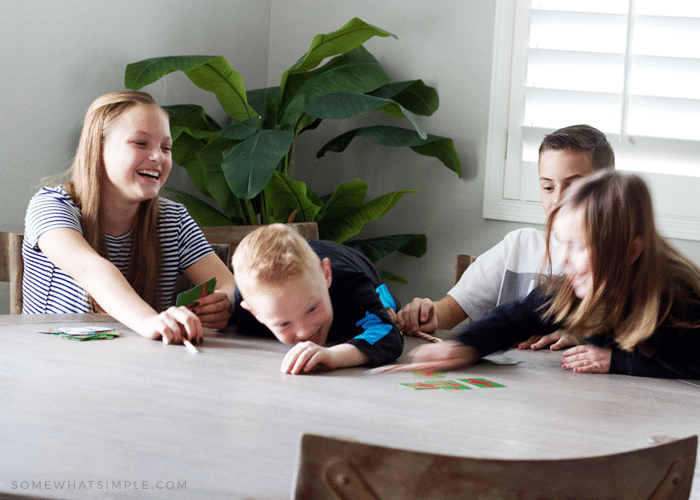