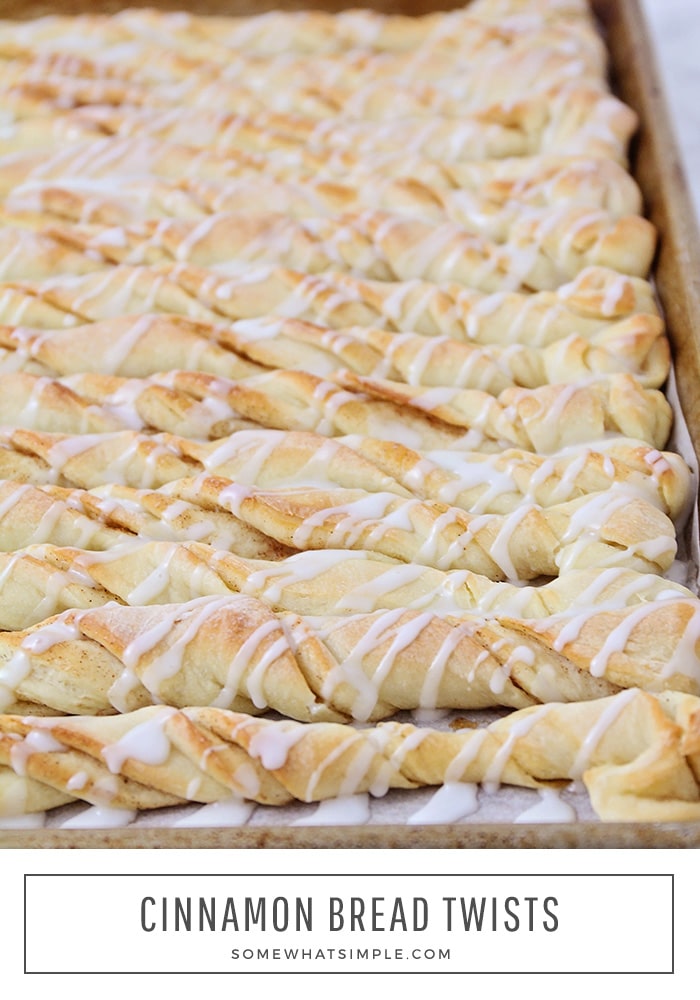 Cinnamon Bread Twists are deliciously simple and crazy addicting! They have all the flavors of a classic cinnamon roll but are ready to eat in less than an hour! 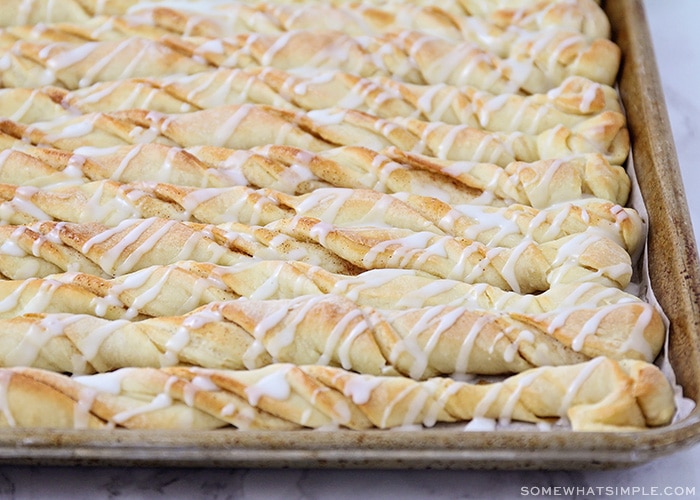 These cinnamon bread twists are a great recipe to make with a little helper, or you can whip them up by yourself in no time at all! The dough comes together quickly so the kiddos don’t lose their patience while it rises. My 5-year old helped mix the ingredients, then watched in wonder as the dough rose. She helped me roll it out and sprinkle on the cinnamon-sugar, and waited in anticipation as they baked in the oven.

How to Make Cinnamon Bread Twists

Make The Dough – Mix together the warm water, yeast and sugar and let it sit for 5 minutes until it’s bubbly. Next you’ll add the rest of the ingredients and mix until the dough is nice and smooth. Then you’ll let it rise for about 10 minutes.

Roll It Out – Roll out the dough until it’s about a quarter of an inch thick. Spread butter on it and then sprinkle the cinnamon and sugar on top. 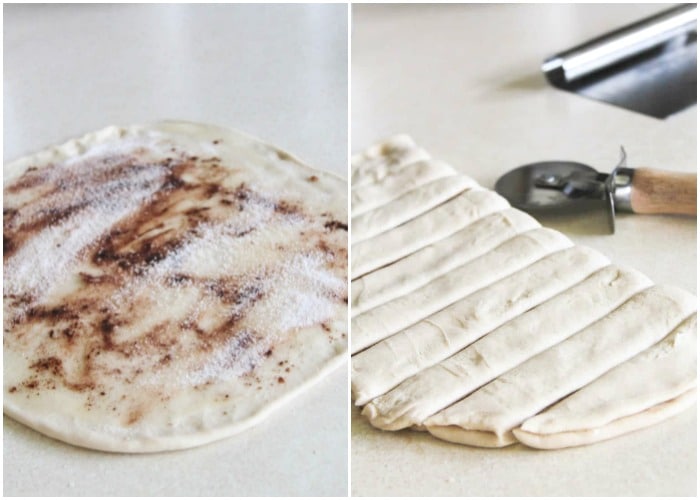 Fold & Cut – Fold the dough over and then cut them into strips about an inch wide. I like to use a pizza cutter but you can also use kitchen shears if you want.

Twist Them – As far as twisting the breadsticks, you can either take the two sides and twist them around each other, or you can twist the whole thing. Either way works great! After they bake, let them cool for a few minutes, and then drizzle the glaze over the top while they’re still warm. That’s a pan of heaven, right there! 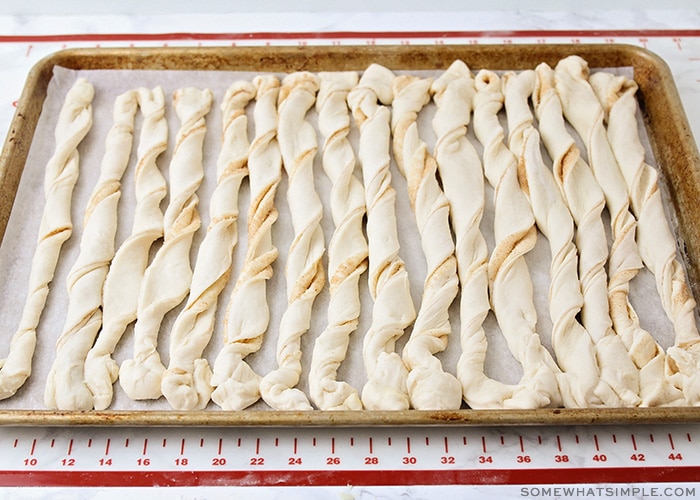 Bake – Bake the cinnamon bread twists for abut 13 minutes at 400 degrees or until they’re golden brown.

Icing – While the cinnamon twists are baking, you should make the frosting. Once the twists are out of the oven and have cooled for a few minutes, drizzle the frosting over the top.

Making the dough is pretty simple and straightforward, but here are a few tips I’ve discovered over the years – 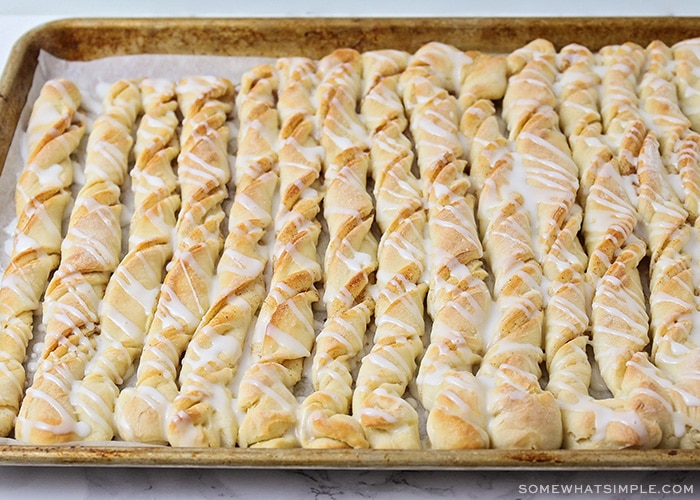 Every time we make these Cinnamon Bread Twists, they disappear in minutes!! What’s not to love about butter and cinnamon sugar wrapped up in a hand-twisted dough? They are warm and delicious, so so easy to make! I hope you enjoy this recipe as much as we do! 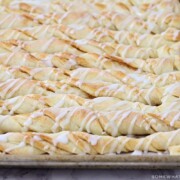 Servings: 20 breadsticks
Cinnamon Bread Twists are deliciously simple and crazy addicting! They have all the flavors of a classic cinnamon roll but are ready to eat in less than an hour!
Prep Time:30 mins
Cook Time:15 mins