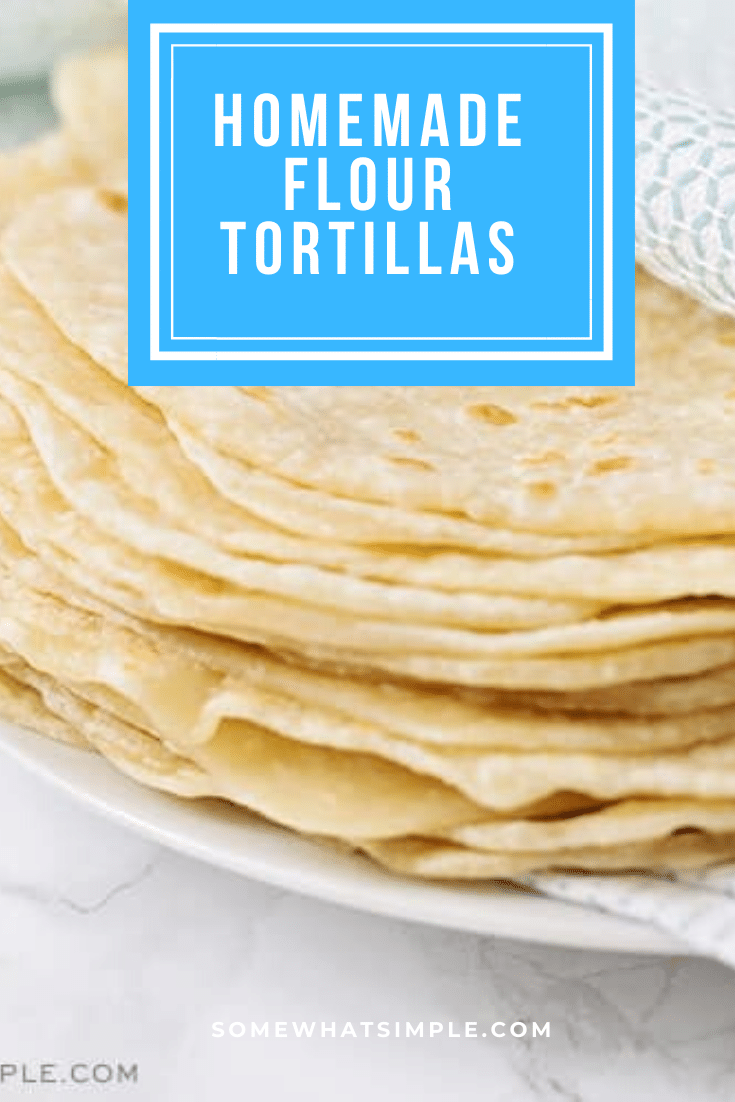 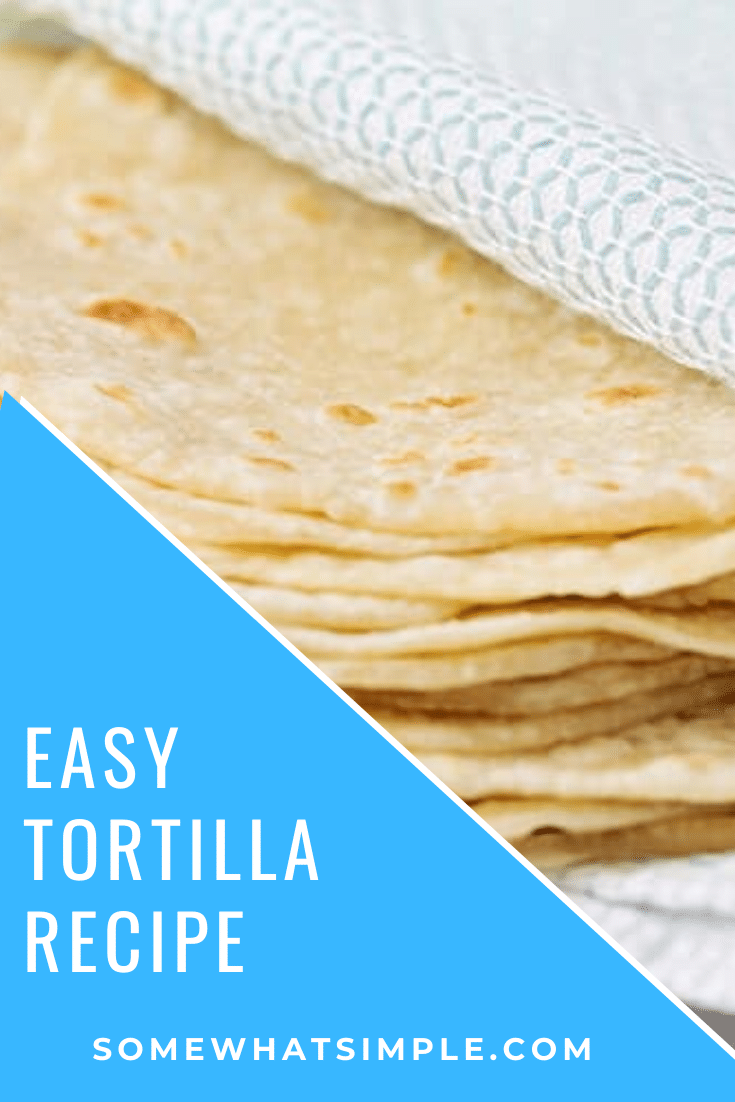 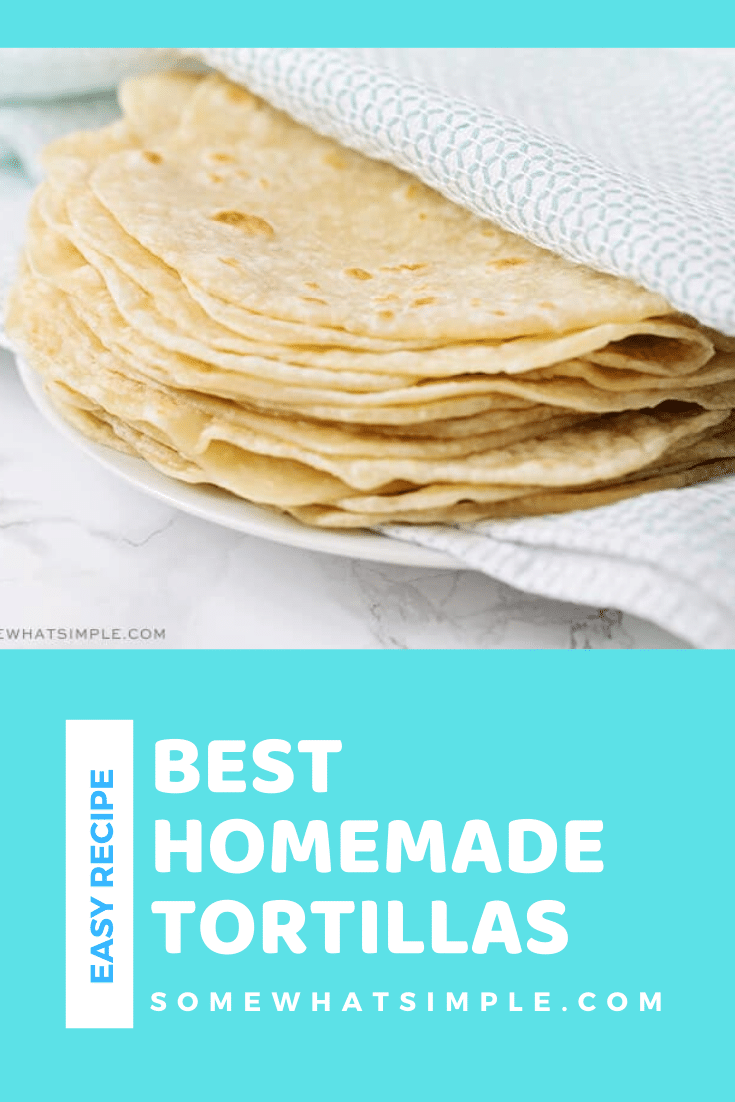 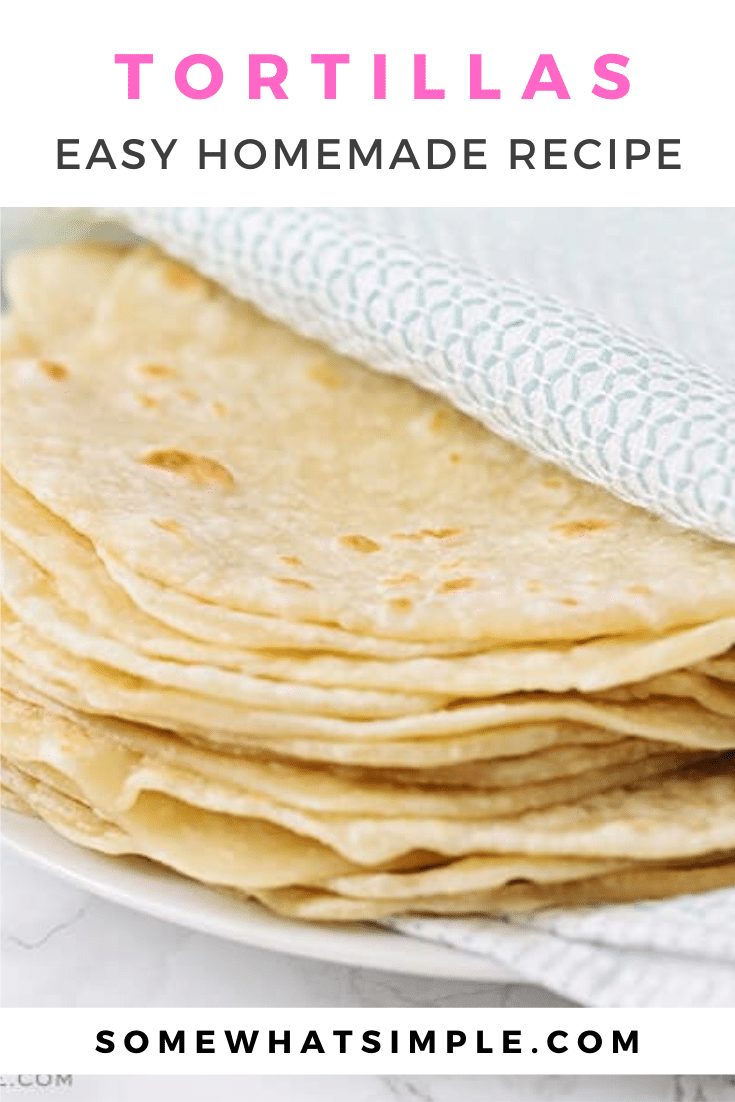 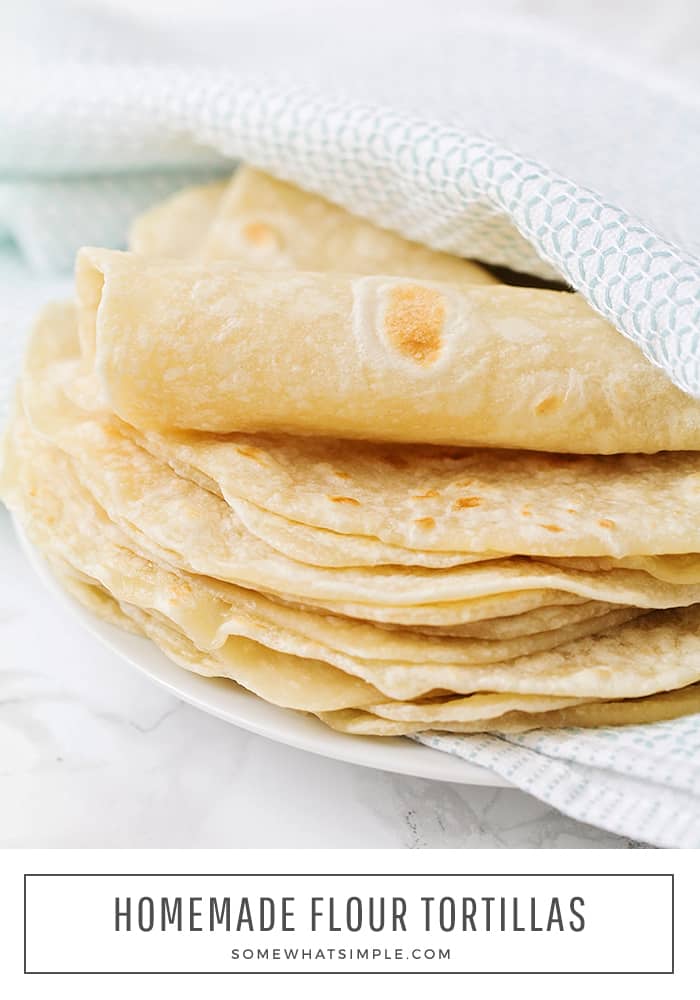 These homemade flour tortillas soft, delicious and incredibly easy to make!  I love them because they can be used in so many of my favorite Mexican food recipes to add a little extra homemade touch.

I love using these homemade tortillas in several of my favorite Mexican dinner recipes.  Whenever I’m serving a delicious Mexican dish, I love to round out the meal with a side of Spanish Rice, warm tortilla chips and Homemade Salsa and a tall pitcher of Horchata.  They’re also pretty awesome for dessert with a little melted butter and cinnamon sugar sprinkled on top! 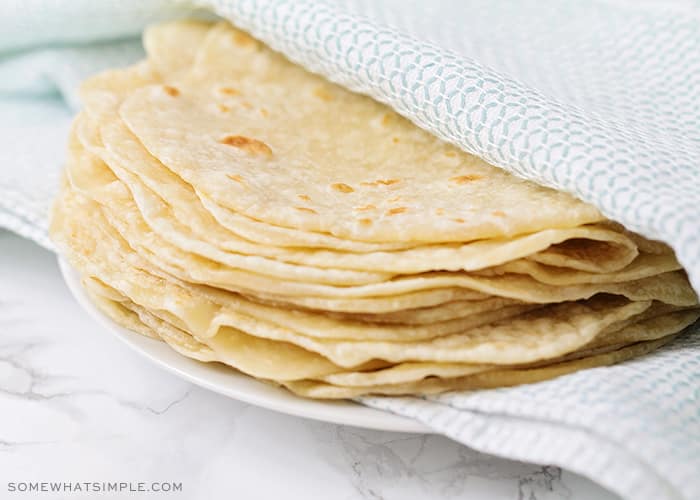 So… true story. My mom named me after a woman who taught her how to make flour tortillas. I assume there were some other aspects to their friendship, but the homemade tortilla one is what stuck in my mind. And really, if you haven’t made them before, you should know that homemade tortillas are life changing!

Store-bought tortillas are great, but there’s really nothing that can beat a fresh, soft homemade flour tortilla.  Every time I use these in a recipe, they just seem to make it better because of their fresh texture and taste.  Not only do they go great in a lot of dinner recipes but they also make a delicious snack.  There’s nothing quit like a homemade tortillas hot off the griddle with a little melted butter on top. Yum! 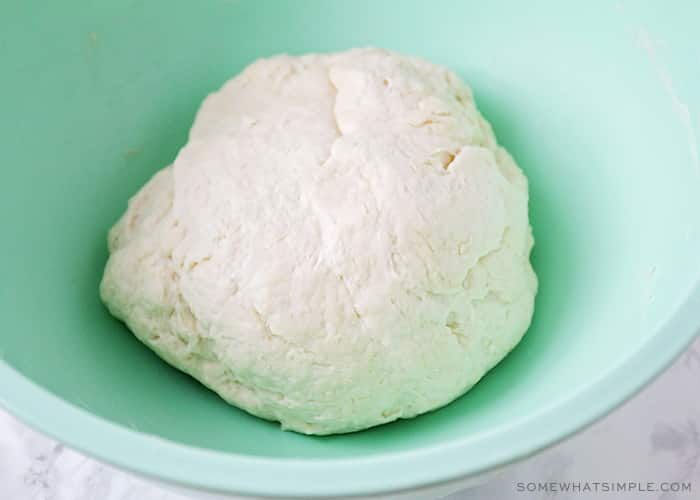 Can You Make Tortillas Without Lard

There are lots of tortilla recipes out there, but I love that this one uses olive oil instead of lard or shortening. It makes them so much easier to make, without the frustration of cutting in the fat and adding just the right amount of water. Also, it makes me feel a little better that they’re made with heart-healthy olive oil when I’m stuffing my face with my third tortilla. 🙂

How To Make Homemade Tortillas

I think this is by far the least intimidating tortilla recipe I’ve ever found, so if tortillas have made you a little wary in the past, have no fear! These are so simple to make!

I can’t wait for you to try them!

Tips For Making Tortillas From Scratch 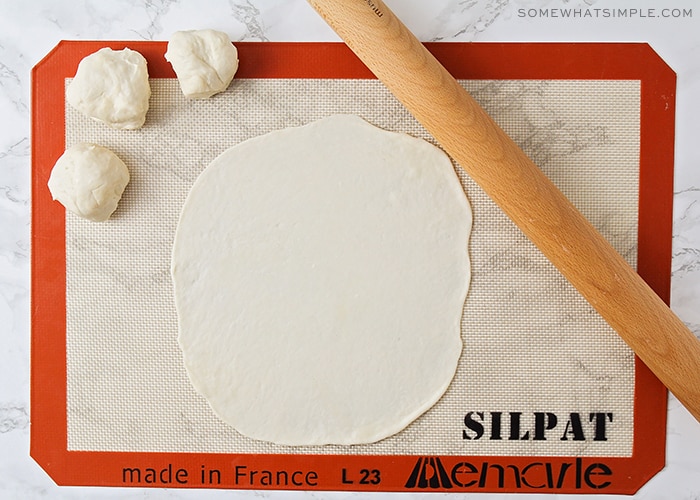 Can You Freeze Homemade Tortillas

Yes, you can definitely freeze these homemade flour tortillas to use later.  I like to store them in Ziploc freezer bags because they work the best for tortillas.  If you don’t plan to use all of the tortillas at once, place some parchment paper between each tortilla or they’ll all be stuck together and it’ll be super difficult to take out only what you need.  When you’re ready to use them, leave them in the fridge overnight to thaw.

Easy Mexican Recipes That Use Tortillas

These homemade flour tortillas are a Spanish food game-changer! They are soft and delicious and can not be any easier to make!  Leave us a comment below and let us know how much you enjoyed these tortillas.  We also love seeing you make one of our recipe, so take a picture of yourself after you’ve made a stack of these delicious tortillas and tag us on social media. 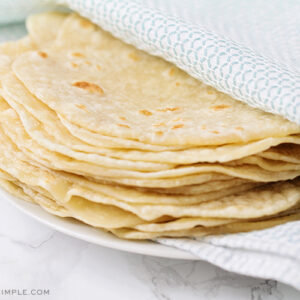 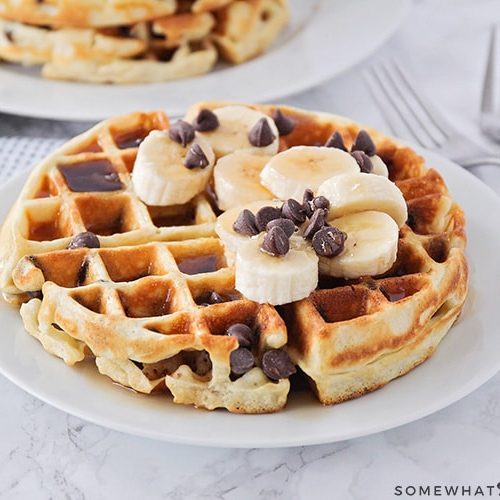